Our school of Spanish in Granada was founded in 1997. The school and the students residence are situated in the same building in the heart of Granada, very close to the Cathedral, beside Plaza Nueva, at the foot of the Albaicín (old arabic quarter).
The historical building of the language school has been recently renovated. There are 3 floors and a terrace with a panoramic view over the centre of Granada. On the 2nd and 3rd floors there are fully-equipped apartments with kitchen, sitting room, TVs, bathrooms and numerous bedrooms (free wireless internet access is also available). On the first floor there are classrooms and a computer lab with free internet connection. On the ground floor is the language school office, the library, other classrooms and a patio where the students meet for their activities.

With its 270.000 inhabitants Granada is the capital of the province of the same name and the seat of one of the greatest universities in Spain, founded by Charles V in 1526. Granada has played an important role in the most spectacular chapters of Spains history. The period of Arab domain in the city constitutes the most outstanding historical element to which the world owes one of its most precious monuments: The Alhambra and Generalife.
The Renaissance left its mark with the Cathedral, the Capilla Real, where the Catholic King and Queen are entombed, La Cartuja, the Monasterio de San Jerónimo, and numerous churches and palaces.
Granada has an ideal geographical location. One may contemplate the snow-covered summits of Sierra Nevada (the sky resort of Pradollano -November until April- is just 33 km. from Granada) or the rich, green countryside of the vega, wander the footpaths of the Alpujarras or the cave-houses of Guadix, pay a visit to Sevilla, Córdoba or Málaga, or enjoy Granadas Costa Tropical (beaches!).
We organise daily activities that offer a deep insight into Spanish way of life. The activities also provide the chance to get to know Granada and the surrounding countryside in terms of its history, culture and tradition. After studying Spanish during the week, trips are organized for the weekends. Some local places of interest include: Seville, Córdoba, Málaga, The Alpujarras, Sierra Nevada, the caves of Guadix or the beaches of the Costa Tropical.
Activities include:
Parties and meals with an Andalusian/Spanish flavour.
Guided visits to The Alhambra and Generalife, Granada Cathedral, The Cartuja, The Royal Chapel, Sacromonte Abbey, The Albayzín.
Tapas bar and Flamenco evenings are enjoyed by all our students.
Sevillian and Flamenco dance classes in Granada.
Lectures and chats on literature, history, art, etc.
Visits to the market in Granada or to the cinema, in small groups, accompanied by a teacher.
Spanish and Latin-American films.
Mountain-biking, swimming, tennis, horse-riding and skiing are some of the sports you may practise in and around Granada.

Our Spanish courses are designed to give students a solid introduction to the Spanish language and devotes special attention to grammar, vocabulary building, conversation and pronunciation. While conventional texts and audio equipment form the basis of the lesson structure, teachers encourage language use through role-play, problem solving, discussions and story telling. The group element allows participants to benefit from trying out and practising language structures on their fellow students. 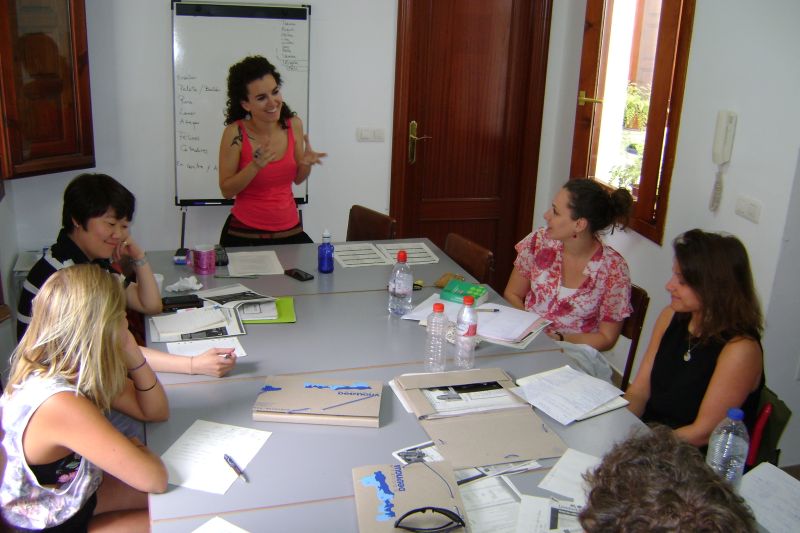 At the beginning of the course a written and oral evaluation is made. On the basis of this each student is placed in the group which suits his or her level. All levels are offered from Beginners to Advanced. Our 6 levels follow the European Framework of Reference for Languages and the guidelines of Instituto Cervantes. At the end of your stay you will receive a school diploma stating the duration of the course you have completed as well as the language level you have reached.

Guarantee of Quality
The size of each group varies from 3 to a maximum of 8, so that each student has the opportunity for active participation. Our committed team consists of qualified native speakers who have considerable experience in working with foreign students. 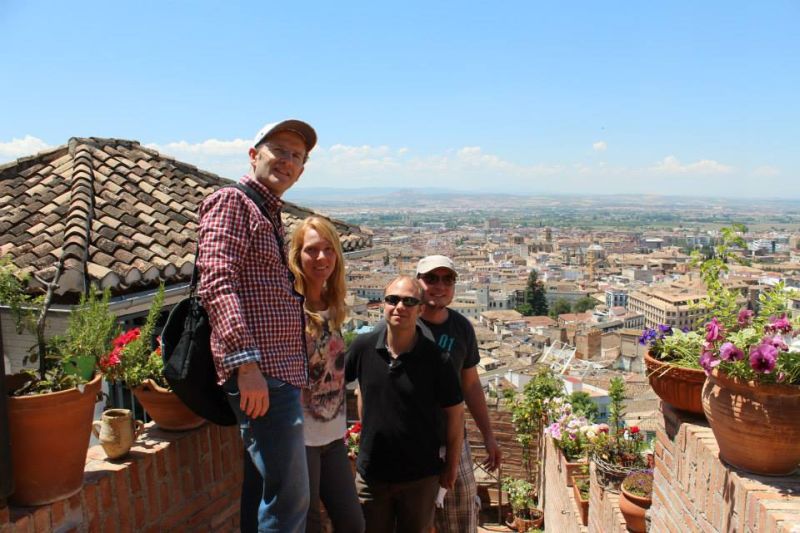 This is an amazing place to learn Spanish from scratch or to impove your Spanish. I visit Delengua every year to broaden my Spanish as much as possible. You can explore beautiful Granada with the new people you meet in the school. Different activities everyday.
Olga Plachecka

I absolutely loved my time in Granada, mostly due to the wonderful people at Escuela; their enthusiasm, humour, organisation and knowledge of teaching Spanish as a foreign language left me with the best impressions!
Located in the very center of Granada, in a wonderful building, the school consists of a group of young teachers who love what they do! Their method of teaching helped me brush up on my Spanish, as well as learn a whole lot more, while their planned activities for the evenings gave me a taste of the magic of Granada….always with the best company!
I wholeheartedly recommend it and I will definitely return!
Ophelia Angela

School residence
The residence is situated in the same building as the school. You can choose between single and double room. The residence has a fully equipped kitchen with washing-machine and TV and 2 bathrooms.

Accommodation in shared flat
Comfortable and spacious apartments are shared with other participants. All apartments have fully equipped communal kitchens, bathrooms with hot water and sitting rooms. Many have a washing machine, patio or balcony. Bedding is provided, but bath towels are not.

Family accommodation
Spanish families are selected by us carefully. The price includes half pension (breakfast and one meal). 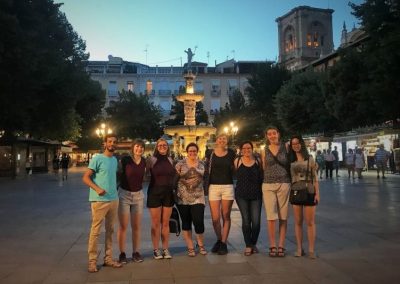 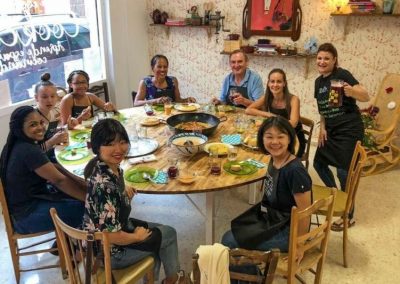 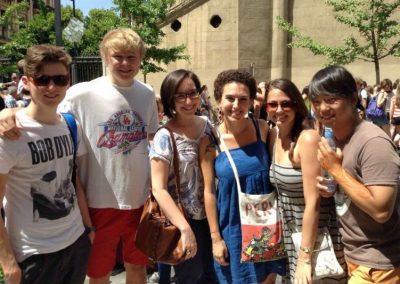