Our Spanish language school is located in the historic heart of Valencia, in the Plaza del Ayuntamiento (Town Hall Square). This is the city’s most important and exclusive zone, just a few minutes from the main shopping and business area.

The school consists of 5 class-rooms, social area, reception, library and studying-room, canteen and social area equipped with TV and video for free use of our students, terrace equipped with a barbeque where we have some outdoor activities like cooking demonstrations and dinners. Free internet access is also available for students.

Valencia, Spain’s third largest city after Madrid and Barcelona, is a lively and dynamic city on the Mediterranean coast, with something for all tastes and all ages.

The opening of the renowned City of the Arts and Sciences complex, a stunning piece of modern architecture that includes science and art museums, an Imax cinema and the biggest aquarium in Europe, has increased Valencia’s popularity and recognition.

Valencia’s local festival, called “LAS FALLAS,” is the most important and popular of the region. Over four days, huge papier-mâché statues depicting popular and ironic themes stand at just about every street corner, only to be burned after midnight on 19th of March. At many times during the year, whatever the occasion, you will be able to see one of Valencia’s renowned firework display, called “castillos.”

The region of Valencia enjoys a privileged climate. The long hours of sunshine and generally agreeable temperatures allow for the practice of a wide range of outdoor activities such as golf, horse riding, tennis, nautical and water sports.

If you want to experience Spanish life and culture better, the school organises an extensive social program that includes:

The Spanish language courses concentrate on improving every aspect of your Spanish. An intensive course that allows you to learn quickly and to participate in the school´s programmed activities where you will continue to learn. The teaching method develops the practice of language in all its four main branches: listening, conversation, reading and writing. Special emphasis is placed on conversational practice from the start, giving students a greater capacity of expression and communication in Spanish. 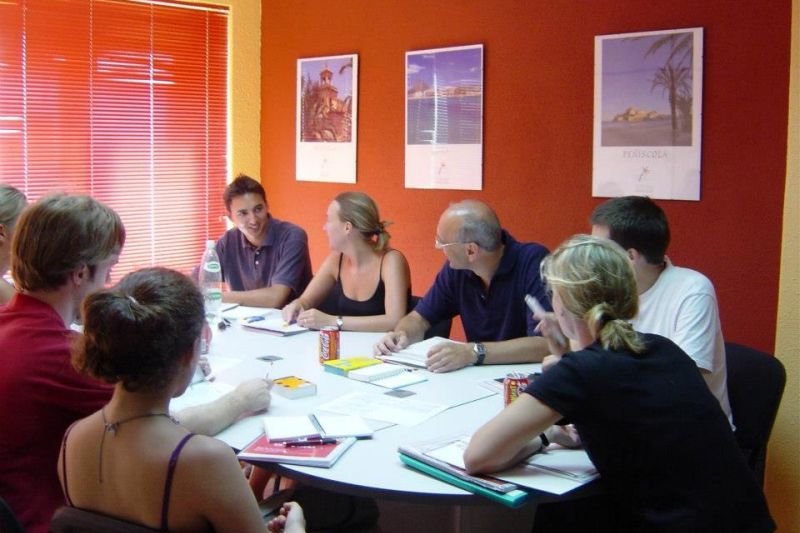 On the first day of school, students who already have some previous knowledge of Spanish will be level-tested to ensure correct placement from the beginning. Lessons start immediately after the test. All levels are offered from Beginners to Advanced. Our 6 levels follow the European Framework of Reference for Languages and the guidelines of Instituto Cervantes. Students completing their courses successfully will be granted the diploma and academic report which certifies the type of course, the number of hours studied and the level of proficiency attained.

Guarantee of Quality
Our Spanish courses are accredited by the prestigious Instituto Cervantes and with the CEELE, a main quality certification for Spanish as a foreign language. Our qualified and experienced language teachers are young, native Spaniards, who all hold degrees in Spanish philology.

I went to Valencia because I would like to learn Spanish. I found this school and it was amazing! They helped me a lot! Their courses were very satisfactory. Also, we did a lot of activities and I could learn their culture. I recommend this course to everyone! Nice experience!
Katerina Borska

Great school, not too big, great professors and a very good atmosphere and you make friends really fast because you know everybody. For me it was the best school and city.
Bram de Jong

Family accommodation
The best way to acquire the Spanish language outside the classroom and experience Spanish culture, is to live with a host family. You can choose to have only breakfast, breakfast and evening meal or full board. Weekly laundry is included in the host family price.

Shared flats
If you prefer more independence, the best option is to have your own room in a shared apartment. You share common areas such as kitchen, living room and bathroom and help with the cleaning. The apartments are simple, but fully equipped.

Guest-House and Hotel
We can recommend several small, friendly guest houses and hotels that suit all budgets. You may choose a room with or without a private bathroom. 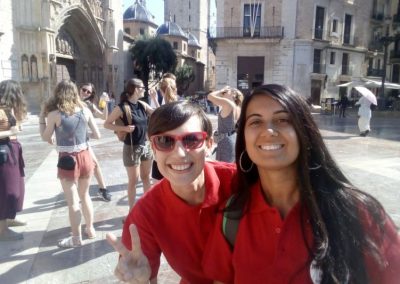 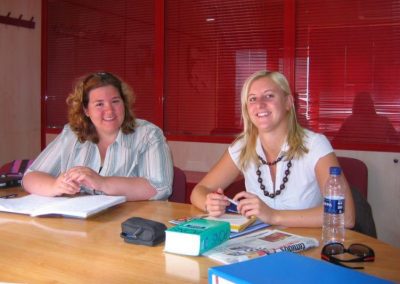 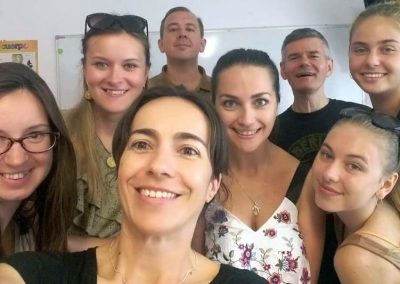